Role-Modeling for the Reluctant Teenager

According to Greenfield (2011) (this lady is pretty smart), she said that,

From the point of view of a teenager, what I understand this statement means is that there are some really important people in their life - the first of whom are their parents. The events and experiences that occur with their parents during their formative teenage years are going to have a pretty big impact on their future life.

Now, I am not going to sit hear and preach a sermon about parents ‘doing their best’ or ‘having their own demons to deal with’. I simply offer the perspective of choice.

The first perspective that is through that of a role-model:

In the strictest definition, a role-model is “someone who serves as an example, whose behaviour is emulated by others” (Wikipedia, December 2011) or “someone worth imitating” (Thesaurus, 2011).

I, however, would like to give a broader, more expansive, yet simple set of considerations.

Let’s look at a role-model not just as a person, but rather as a possibility.

What I mean is, ‘do you consider the actions of the person you are interacting with as positive or negative’?

If, for example, a parent is swearing or cursing; if they are yelling or screaming to make you do something, or being a bully or a tyrant, or even worse. Normally, one would probably not consider this form of behaviour as ‘good parenting,’ i.e. not a positive role-model. But you could consider it as a role-model none-the-less, a negative role-model, i.e. something that you know that you would never do or act like. In other words, you make a positive out of a negative, an asset from a difficult situation.

The second important consideration is that of determination.

Now the determination I talk about is to never, ever be beaten or cowered. To always get up after you’ve been knocked down. To overcome the obstacles that life presents. To never be set aside from what you know is right. To never let the actions of others deter you from what you know to be true, to persist with purpose in the face of the limiting negative thoughts and actions of others. To keep going when the going gets tough. It is the determination to keep trying your hardest when you are ten points down in the last quarter and you are dog-tired but want to cross the finishing line a winner.

But let us let (a couple) of stories tell the story …

The clouds were dark and threatening this day and the humidity made any form of physical exercise an event that bathed the body in sweat and fatigue – yet the sword master continued to press his lessons upon his young disciple.

‘Keep going, move your arms in a circular motion like I showed you. No, that’s not it! Move your feet!’ implored the sword master. ‘Keep going, I have not told you to stop.’

Eventually, in a state of absolute exhaustion, drenched in sweat and weak from dehydration, the disciple dropped his sword onto the ground and collapsed to his knees – he could not move another muscle.

Some moments later, when his head had cleared a little and he regained the use of a voice that no longer struggled for breath, he managed to form words that spoke of his distress to his master.

‘Master, why do you challenge me so? You push me to the brink of exhaustion?’ asked the young disciple.

‘Young man, do you think that your opponent will have concern for your state of health when you are in battle?’ asked the sword master. ‘Do you believe that your adversary will give you time to recover your breathe when he presses his attack upon you?’

‘No master I see that you speak the truth. If I allow my opponent such advantage then I will surely be killed. But how do you persist when your body can give no more from its point of exhaustion?’

‘My young disciple, to be a true master of the sword you must first learn the skills of the sword – how to hold it for defense and attack, how to move your arms and position your feet. All of this you must learn well. But, more importantly, you must ensure that the exertions of your opponent far exceed your own. You must learn the art of depleting the reserves of your opponent that they may be the one to wither from exhaustion. Let your actions be the cause of your opponent to wilt under the strain of their own efforts. It is then that you will be able to press your advantage.’

‘Yes master, I understand your wisdom,’ as the young disciple bent down to pick up his sword. ‘Can we continue the lesson now?’

The young disciple picked up his sword this day to commence his daily practice under the tutelage of his master.

‘You will have no need of your sword today young man,’ said the master, ‘you can leave it sheathed in its scabbard. Today you will be doing drill exercises. You can start by running up and down that hill over yonder ten times.’

Not questioning his master’s wisdom, this is what the disciple did.

After many minutes of strenuous exercise, the disciple came back to his master’s position bathed in sweat and panting from exertion.

‘Right! Now give me a hundred push ups.’

‘Now give me fifty star jumps.’

‘Now carry this heavy rock over to that river and bring it back again.’

The disciple, after all of this was not only exhausted, he was also getting pretty angry. ‘Who does this guy think he is anyway! I’m supposed to be training for the sword, not boot camp,’ were his unspoken thoughts.

His face red both from effort and anger, he stood toe-to-toe with his master and said, ‘Listen to me you old coot, if you make me do one more pointless exercise I’m going to punch you right on the nose. We’ll then see how an old fart can deal with my power.’

At this demonstrable aggression the old sword master merely stood his ground, gave the brief hint of a smile, but never took his eyes from those of his fledgling.

‘Son,’ he asked, ‘do you know the two key ingredients that make up a great warrior?

‘No,’ came the exasperated reply.

‘Well, the first ingredient is that you must make a choice.’

‘When your sword strikes another, you must know in your heart that you are fighting for what you believe is right. You must be clear on your purpose to stop the aggressor or the tyrant. This is the job of a warrior.Yet, having made such a choice you must be aware of the second, and greater challenge. You must be able to keep the beast of your aggression and suppressed rage within bounds. You must know how to retain empathy for your opponent – to see them as another human being, just like you. If you unleash the beast of your rage you will become no better than the evil you are trying to stop.’

At these sage words, the young disciple bowed before his master and asked, ‘what is my next exercise, master?’

Check out this great site for an inspiring story:  http://www.spiritualmediablog.com/2013/06/11/a-story-out-of-the-mouth-of-babes/ 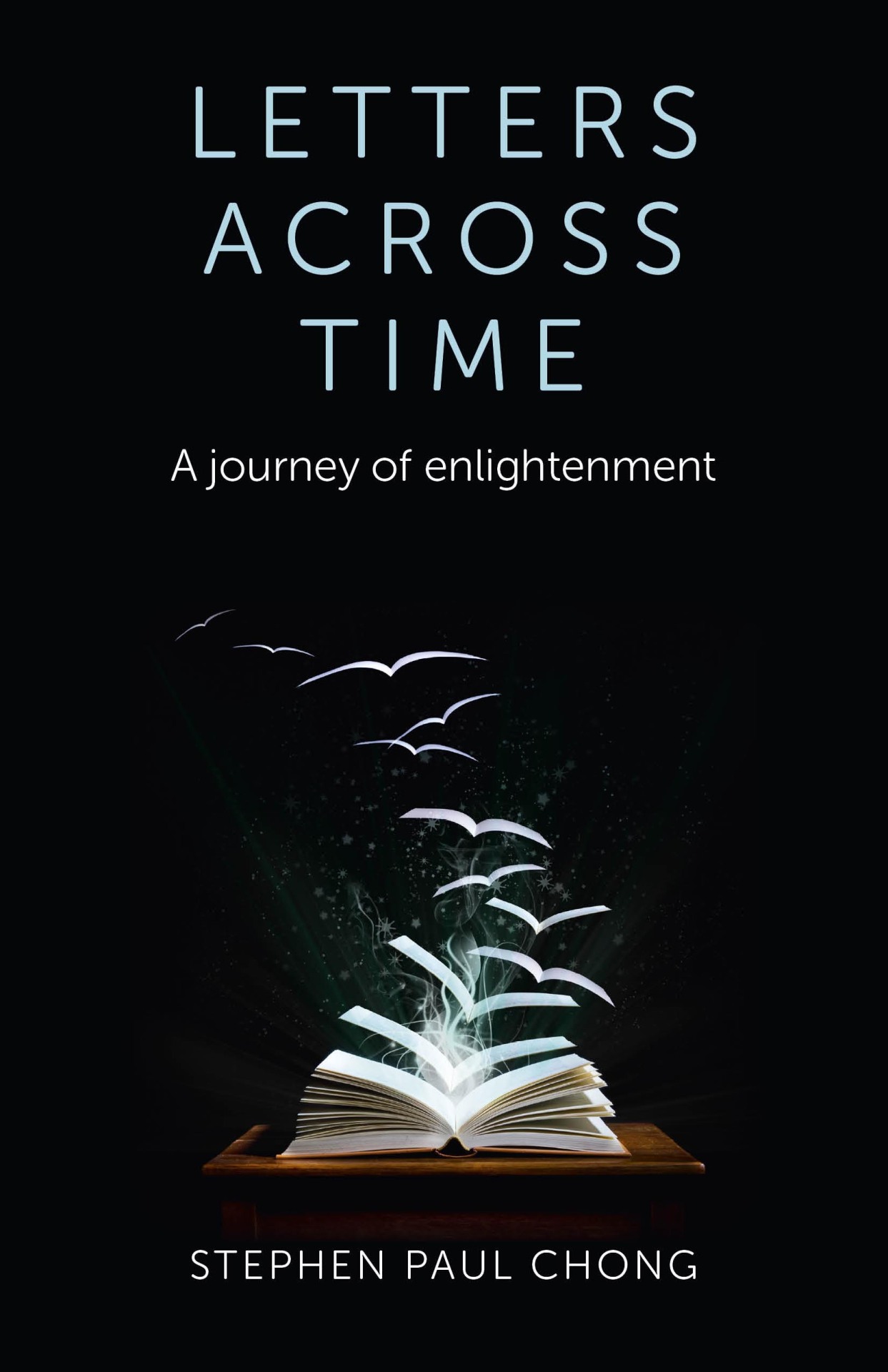 “In Letters Across Time there is a good chance that you will find what you are looking for.”

Tweet
Make an escape from responsibilities that you allowed others to impose upon you and that take away your precious time.
- Stephen Chong (2012)

Tweet
If you cannot change your actions or your thinking, be prepared to obtain the same results as you always have in the past.
- Stephen Chong (2012)